A short story set in the Unbroken World, where a young Scout in the Renisian Army tries to make sense of a terrible incident.
By Thibaud
—
May 3 2020

To play in the world that this story is set in, visit the Edeus Lobby. 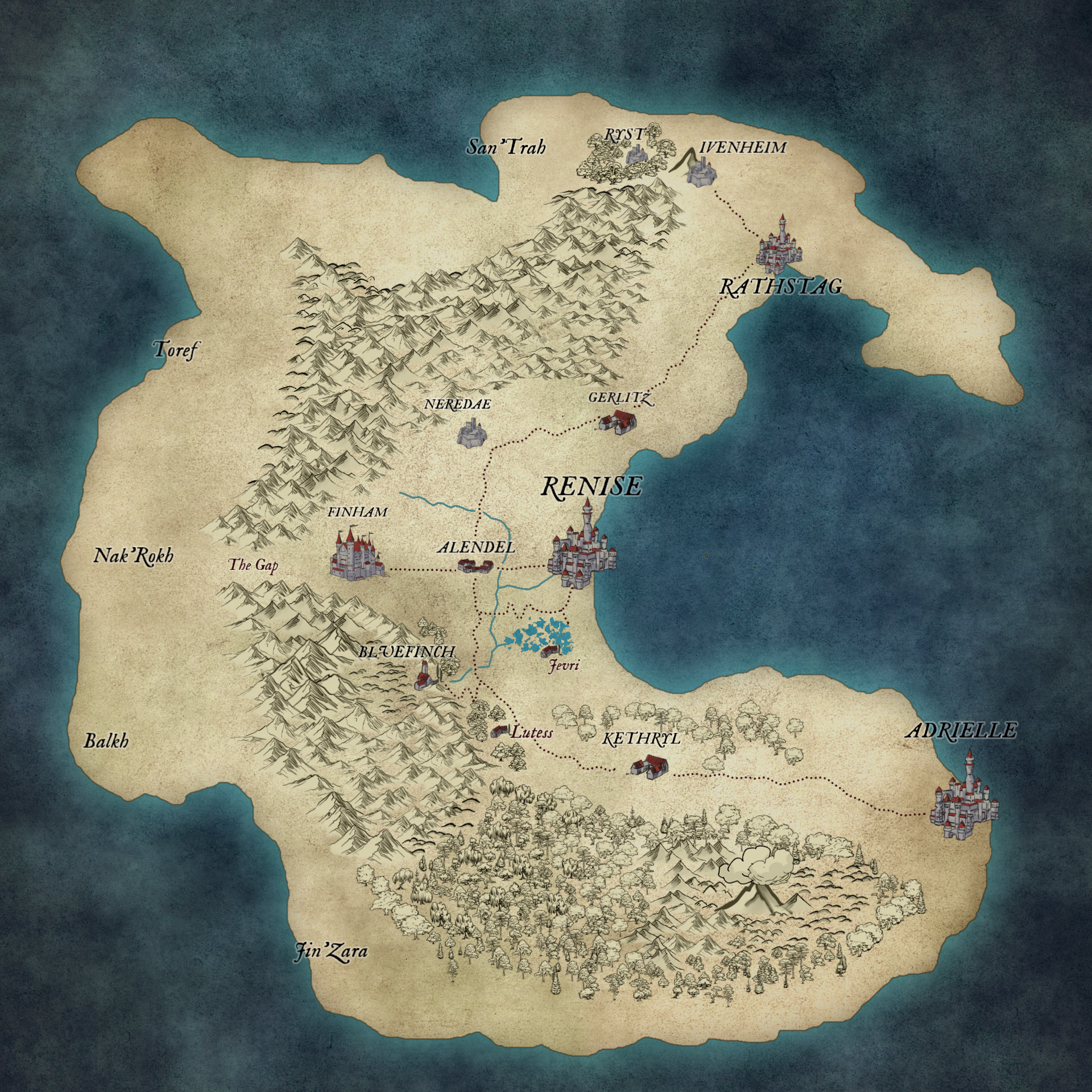 Commercial and military hub at the heart of Saphrin. Ruled by Duke Aythil.

Village and region southwest of Saphrin, up on a mountainous plateau. Ruled by Duke Khell.

North-most region of the world, where life is made difficult by a harsh, cold climate. Unlike the rest of the world, Brekeren is a constitutional monarchy, currently ruled by Chancellor Syphryl Frieda on her second term.

Southern region of the world, full of lush jungles and a a massive volcano that has not erupted in recent memory. Ruled by King Thorien Helenhal.

The western most town in Saphrin, at the front of the war with the orcs. Ruled by General Nadin Markh, Duchess of Finham.

City and region at the northern border between Saphrin and Brekeren, ruled by Duchess Irene Hale.

Cataclysmic event that occurred in Neredae, over 400 years ago, where an ambitious project of the Magus Guild went unstable and destroyed much of the settled world.

The House of Thune

A powerful religious order running much of Saphrin's daily life. Worships the God known as Thune, the creator of mankind. Ruled by Father Sal Artin, Duke of Norekinem.

Northern most town in Brekeren, a mining settlement carved into the side of a mountain.

A group of secessionists from the Bluefinch Mountains. Led by Gerwin the Mountain Lord, they wish to be neither under the rule of Duke Khell, nor of Saphrin's King Kerinin.

A group of mages that was thriving 400 years ago, which earned much scorn from the world when one of their experiments went catastrophically wrong, referred to as "The Great Tear".

Home to the Magus Guild for hundreds of years and source of the Great Tear. Now in ruins, with strange magical phenomena still affecting its surroundings.

Capital City of Saphrin, and seat of power to its king.

A mysterious settlement in Brekeren, rumored to harbor mages.

Middle of the world, between Brekeren to the north and Ennar to the south. It was unified into kingdom in the late second century AT by Kaspian the Builder, who fortified Renise, settled Finham and pushed the orcs back beyond the Gap. Currently ruled by Arctus Kerinin, Duke of Renise and King of Saphrin.